Warning: Trying to access array offset on value of type bool in /homepages/24/d143330989/htdocs/clickandbuilds/SellingDisruptionShow/wp-content/themes/Divi/includes/builder/functions.php on line 2630

Warning: "continue" targeting switch is equivalent to "break". Did you mean to use "continue 2"? in /homepages/24/d143330989/htdocs/clickandbuilds/SellingDisruptionShow/wp-content/plugins/pixelyoursite-pro/includes/functions-helpers.php on line 126
 Avoid Conduct Risk, Prevent Disruption - Selling Disruption Show

Conduct risk creates massive, unnecessary disruption in businesses large and small. WIthout the right due diligence on employees, vendors, and executives, company leaders put themselves at risk of legal and business problems. Justin Recla discusses how to approach managing conduct risk, how to approach due diligence, and reveals a number of powerful business insights along the way. 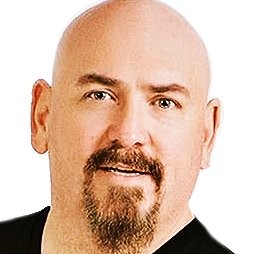 MSP to BSP: Pivot to Profit from I.T. Disruption

For a limited time get your free digital copy.

Get Your Free Copy Now

Discover the insights, tools, and workshopping you need to be a confident, enthusiastic, efficient, and effective executive leader. Next event in Denver, June 8-9, 2018.

Mark S A Smith: Our guest today is Justin Recla who has 14 years of experience and advanced training with the U.S. Army and government defense contractors, on making sure the people in the organization do what they’re supposed to do and aren’t bad actors. He’s a subject matter expert in tactical questioning, wait a minute, I think I’m supposed to be doing the questioning today, surveillance, counterespionage threat, and vulnerability assessments. He helps companies make sure that the people that are part of their organization have the right background and aren’t going to cause problems. He brings his skills from the military sector and delivers them to the boardroom to help business owners protect their most valuable assets time, money, and intellectual property.
This is so cool. He is the owner and co-founder of Clear Business Directory, which helps create essentially a military-style clearance for the corporate world, and he runs the CryptoBit Verified cryptocurrency list. If you’re looking at cryptocurrencies, he will tell you if this is a red flag, you need to take a look at or not.
Welcome, Justin, to the show.
Justin Recla: Thanks for having me on, Mark, I appreciate it.
Mark S A Smith: Well, it’s a real delight.
One of the biggest issues that we face today in business is conduct risk which means that the people in your organization don’t act the way they’re supposed to act. In fact, according to some research that I’ve been recently reviewing, conduct risk has more than a three times potential of impacting your business than a cybersecurity attack. You might have a firewall, you might have antivirus, but boy, if you haven’t done the due diligence on hiring your people right, you have a much higher risk. Tell me about what you’re seeing with your clients today.
Justin Recla: We’re seeing still the broad spectrum of risk out there. What a lot of people don’t realize is that risk in the form of conduct risk comes from people. It’s really the biggest area that most people overlook because of our relationships that we build with service providers, the people that we bring into the organization, the people that are going to work for us. We always like them, and we tend to overlook the fact that they may not necessarily be a good fit for the organization. 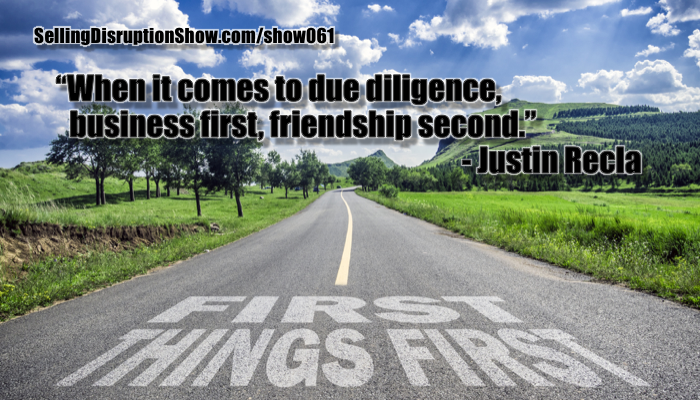 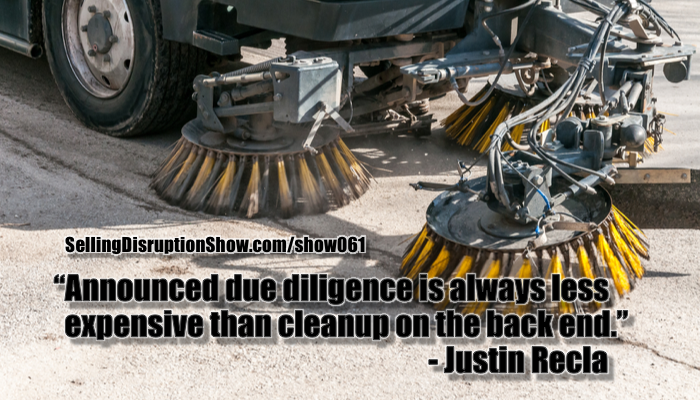 About Mark S A Smith

Mark designs and implements leadership, sales, marketing, customer acquisition and client conversion systems that find and recruit willing buyers for products and services ranging from common everyday to high-end unique and disruptive. He is often invited to speak at entrepreneurial and corporate events because Mark delivers unique, valuable, and pragmatic ideas to grow and succeed. With a deep understanding of international business, he has delivered events in 54 countries. Mark is the author of 13 popular books and sales guides and has authored more than 400 magazine articles. He is a genuine Guerrilla Marketing guru, co-authoring three books with Jay Conrad Levinson, and is a certified Guerrilla Marketing Coach. A renaissance man with many talents, Mark is passionate about leadership, team building, teamwork, sales, and marketing.